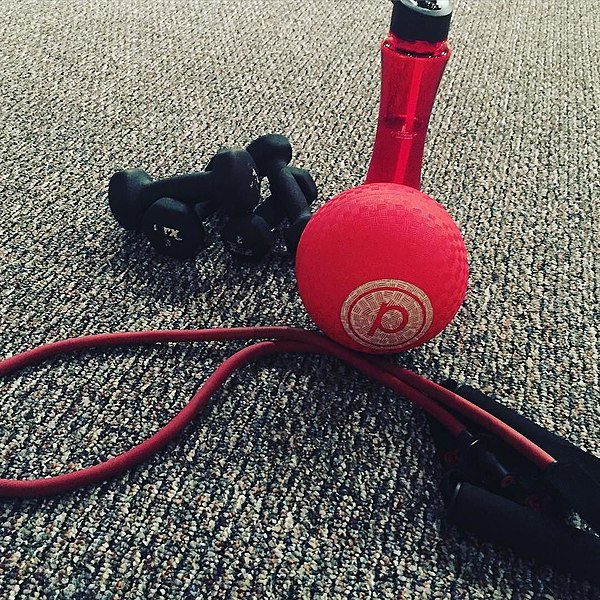 A yoga strap, pilates ball, and hand weights, as used in a Pure Barre barre class.

And this attachment to an ideal, I was sort of drinking that Kool-Aid.

Maybe I’m not feeling fitness; maybe fitness is failing me. And I’m probably not alone.

The one thing that never changes at Barre3 is we’re always changing.